“I have a 4 year old German Shepherd female. I got an 8 week old male German Shepherd. The female would stick her nose in when I disciplined the pup, she would paw at him making grunting noises and pull him under her. Her tail would stand high. On a couple of occasions she would nip at him but caused no injury. She would be told to go away or segregated for a short time until the issue passed.

One night recently the pup wet in the house and was sent outside. The female followed and next came the most horrific scream from the puppy. I found the pup limp and dead in seconds. The female bit the pups neck and one of her teeth pierced the skin and cut his throat.

I can deal with the grief but am now in a horrible place. I resent my pet who was always my “little girl.” A bond has been broken and I feel as if I have lost two pets. My questions are: Is this a common thing with dogs? Is she a puppy killer or an accident? Could I ever get another puppy in the future and what would I need to do to make sure that this never happened again?”

To answer your question, if you read into your e-mail there are many factors that were tell-tale signs of what was going to come. In essence, it isn’t abnormal based on these conditions for your female dog to do what she did. Once again the rule of Forced Acceptance comes in.

I myself am a German Shepherd breeder and when people come to me and they have an older dog - whether it be a German Shepherd or a Yorkie - I tell them to keep the dogs separate for a while. There are many reasons for this. The main reason is simple - give the dogs time to adjust to each other. Additionally, there are different levels to integration or socialization. Whether a dog accepts a person or other animals is based on how the human leader governs themselves first. Most importantly, in your case, the older dog was lead to believe that it is in control long before any other stimuli was present. 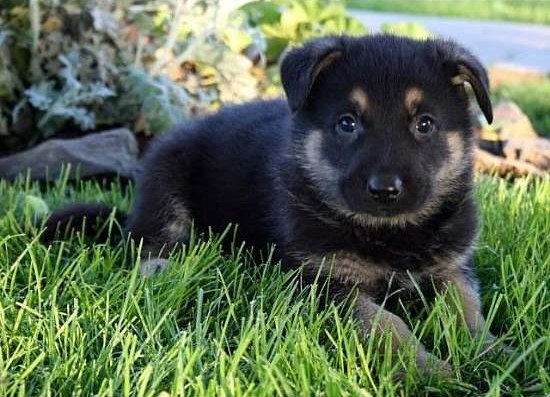 The understanding of this psychology seems to be misunderstood. Todays trend seems to be forced socialization and then hoping for the best (along with immediate integration at home with a new pet dog or foster dog, the popularity of the local dog park is also a good example of this). More times than not, forced socialization concludes with the opposite of what we are trying to achieve.

The different issues are as follows:

Your environment changed drastically when you brought your puppy home. The environment for the puppy went from a safe place around its mother dog and where it was born to the final home to which it is to live. What a change! Your older dog went from thinking it had a safe place as being the only dog to now having to share everything, including you. In hindsight, you should have worked on the slow progression to have the puppy relax and accept its new environment safely. Second, your older dog had to compete for your affection which it had readily, and most likely in abundance before. Finally did you become overprotective of the puppy when the older dog was present? Indirectly, when we humans get something new we become possessive over it and cause some form of resentment towards each other and the object we acquired. We see this with children all the time; one brother gets a new toy for his birthday the other didn't, the first brother doesn't want to share and possesses it. The first brother leaves the toy out and bingo the second brother broke it. Human nature at its innocent finest.

This simply is just the dogs seeing each other, going for walks together and an association of a non-competitive, good time. This is where the dogs are around but not left alone. Puppies don't know how to respect space and tend to annoy older dogs. In fact, from reading your message, I don't think the older dog was taught to respect space, either.

This is where the dogs touch noses, give each other a sniff, and walk away or you call them away from each other.

This is where they begin to play and interact with each other. However, this must be supervised and you must understand how dogs communicate in a positive or negative way.

I have a story that relates to this and multi dog failure. It goes back 6 years ago when I met someone at my seminars. They had 4 dogs, all of them with different negative behaviors. This story is long so bear with me.

This person came up to my home and I evaluated the dogs. They had a 4-yr-old male perfectly behaved and well trained, a marvelous dog. A 3-yr-old  female, snarky and pushy. A 2-yr-old male who was virtually difficult to train. And last but not least, a 9-mo-old female which was a  basket case; scared, nervous, and dysfunctional.

The older male was raised and trained on his own and socialized properly, and because of this he is a stable dog. The older female was raised with the older male and came when the male was 1 yr. old. They engaged in rough play and pinning from the older male. One year later a male puppy arrived, rough play ensued from the two older dogs making the puppy submit, then becoming dominant using the female. Finally the young female shepherd, who was the beating post for the older three. This caused her great emotional harm and mainly mistrust with the owner who let it happen. Nice recipe for a cesspool cake.

My friend could not understand why it was important to separate and go through the progression I described earlier in this post. I took him to my mentor’s home and asked him to offer his opinion. Typical in “Silver Streak Style” (God rest his soul) he looked at the dogs and didn't say anything. Then he took out his dogs - all thirteen of them females (some in heat), puppies, and two breeding stud dogs. As my client watched he witnessed the dogs playing without mouthing, bullying or pinning. Soon as the Silver Streak spoke, all the the dogs stopped and looked at him. He called each one individually and the others did not come forward. He sent the dog back and called another one, each dog staying still waiting for direction and not interfering with the master or the other dog. All dogs behaved the same, calm focused proud and none of them submissive (the weak link).

My client simply asked him what he did to he achieve this. The Streak simply replied "You’re not good enough.” Of course, the client looked puzzled and somewhat insulted. All the  Silver Streak said after that is simple; “you have one dog four times.” First, work on yourself and learn how to understand the dogs. The only way you can achieve this is by working each dog individually, get to know it while it gets to know who you are supposed to be, and then slowly integrate them with you as the central governing point. Of course, this is without anger or alpha rolls, just patient understanding. Hypothetically speaking, what you have done is tried to sit at a dinner table as an English Speaking person trying to communicate with four non-English speaking Italians. What relevance could one have sitting in that equation? Until you know dog language, you don't have a hope of communicating with each one, let alone all of them together. That is how you get good enough. Learn how to speak dog and know what a dog needs you to speak. This client understood and followed with the individualization and the steps and had success for a short time until he fell back into his bad habits.

As for your situation...When I look at your female grunting and pulling the puppy under her, again a disrespectful dog that had overwritten you in order to control the new puppy. Your response was negative; scolding your dog in order to posses it. All the dog did was get rid of the thing that was the catalyst of change and turmoil, and she did what any dog would do. Do not blame you older dog for what happened. She is a dog and doesn’t reason like a human. To put the blame on a lesser being would make it superior, and at the end of the day isn't that what started this whole tragedy in the first place?

I am truly sorry this happened. Hopefully you can begin the process of training and gaining respect from your female and that doesn't start by holding a grudge. It starts with understanding each one’s part in this tragic equation. Wipe the slate clean and start all over.

Let no one be misunderstood for our own misunderstandings, for they will surely pay the unwarranted price of our own lack of needed self knowledge.