AMSTERDAM, Netherlands (AP). ­The Dutch government says it will lift a long-standing ban on pit bulls because it did not lead to any decrease in bite incidents.

Agriculture Minister Gerda Verburg has informed parliament of the decision, which follows the advice of a commission of experts appointed to review the policy.

Instead, the country will focus on enforcing local leashing laws and owner education programs.

Spokesman Koen Geelink said Monday the ministry hopes to have a new policy in place by year-end, in which dogs that have displayed aggression will be tested by an expert.

The country banned the breeding and possession of pit bulls in 1993, after three children were killed by the dogs.

Here is an absolutely marvelous example why breed bans don't work. Chalk one up to the false issue of breed specific prejudice. Recently, in Ontario, a breed ban on the pit bull was introduced and implemented 2 years ago. It caused a huge ruckus and rightfully so. We currently still have an ignorant government who feels the ban is necessary. In reality, today’s issues of dog legislation, breed bans, dangerous dog ordinances, muzzle laws, etc., are an evil necessity, unfortunately. I know I have angered some with the last sentence.

The list of factors that lead to dog problems is not breed specific.

The list that leads to dog problems is not breed specific. In a lot of cases, just plain owner and public ignorance is the key issue. I am all for breeding regulations which includes volume of dogs produced, proper training protocol, breeding facilities, residential dog containment, and the much needed Canine Good Citizen or Canine Good Neighbor Certificate. 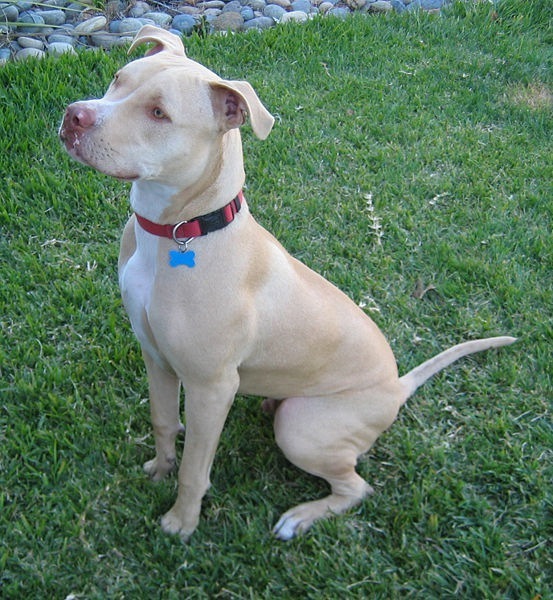 As I watched through the years as this breed ban issue came about, I had to wonder why these decisions were brought forth in the first place. When I hear people complain about politicians and their decisions, I have to stop and ask them, “Well, who gave the politicians the reason to make these decisions in the first place?” It is a politician’s job - who was elected by the people - to enforce the well being and safe keeping of the public, especially our children. Society does this with gun laws, for example, since guns are so dangerous. Even with penalties and guidelines, people still break the law and unfortunately it has now impacted dog laws as well.

What are we complaining about? We cry human rights about dog ownership, "The constitution says I have the right and freedom to own a dog, so it is my God-given right to own a pit bull or Rottweiler [without being specific here]”. Yes, the person who makes this statement may be correct. However:

One's right to not to have to tolerate your misbehaved, fence-jumping, aggressive, or over-friendly, space violating dog, regardless of breed, is just as valid and equally important.

The first rule of thumb is not to ban breeds. Secondly, responsible breeding and home placement is a huge part of the well being of dogs as a whole. Don't breed low-end dogs with weak genes and poor heritage; the high volume and multiple or mixed fashion breeds is usually the red flag. Most importantly, and something that’s missing in our culture today, is that future dog owners need to educate themselves on what quality breeding is, coupled with learning about their dog’s behavior resulting in their managed household environment, both good and bad. A dog is an expensive proposition so we need to realize that we have to budget for this.

Do not limit yourself or your best friend by saving to purchase or train the dog. Nowadays many people think they can train the dog themselves - this is not possible on many occasions. Much like the pro golfer videotaping their swing so they can see where it can be improved, a dog owner should visit a dog trainer to see if there are any triggers that might cause bad behaviors in the dog. If bad behaviors are nipped in the bud, then the chances of people tearfully making the difficult decision to relinquish a dog to a shelter or rescue (adding to the pet population overload) will diminish.

I have a rule for people who purchase dogs from me; if you are soft or meek, you cannot own one of my dogs. My highly-driven dogs needs guidance, a firm directive owner and one who is more interested in the dog’s genetics and available training programs rather than how cute the puppy’s eyes are. One of my German Shepherds requires this and so should every dog. Basically, don't give a 16-year-old a Porsche. Someone that says “You have cute puppies” is a person I would never give a dog to since the chances are the dog will have problems later. From years of experience after experience, I have worked with dogs that have developed severe aggression and there seems to be the common trait of the tender-hearted, gentle owner.

All dogs are cute as puppies, however, they can become a dangerous menace if not raised, housed, and trained properly.

I have to give credit to the Dutch government for having the courage to see the light. Put the accountability on the owners and develop a regulation of accountable prevention. I will not put the ignorance on any government officials who have had to make breed ban decisions. In fact, I don't envy them. I put the onus on those who have acted irresponsibly with their dogs, who should have blame cast on them. Unfortunately, when mandates are brought forth there is no room for individual assessment. What do we expect - a politician to spend years on this? There are other more pressing government issues to deal with.

It is up to us - breeders, rescue volunteers, dog owners - to have a tangible guideline and program in place long before your politician needs to make the decision.  That goes from those who own them, and those who think they can breed them, and, most importantly, those who misrepresent themselves by saying they can train them. Accept your limitations and seek to improve on them. This is my philosophy when it comes to these issues and my own limitations.

Stand up people and work with your government, even though it may not meet with your most desired results. After all, those in power are not necessarily topic intelligent (i.e. some may have never owned a dog!) Come up with tangible ideas before the elected officials have to. Drop the human rights and emotional issue - it has never been a strong case with dog specifics and goes with the obligation.

We all have to promote responsible dog ownership. Put the temperament regulations, health testing, and obedience programs in place, shun bad breeders, and stay a step ahead of the game.

Politicians and the general public do not know our beloved furry friends or how wonderful they can be. All they see is the harm or unpleasantness of the front page news or the woman with a stroller and your lab runs up and steamrolls the infant to say hello. Has anyone ever thought how she or the public at-large might see it? They don't love your dog like you do, so don't expect them to put up with your dog’s antics and your mismanaged conduct.

If this continues, those who don't own dogs will make the decisions based on our own misguided presentation. With that understanding now established, we have nothing further to complain about and so let’s place the responsibility firmly on ourselves to manage our canine family members.

Let us take responsibility for our actions and remove the burdens of those who suffer from them.